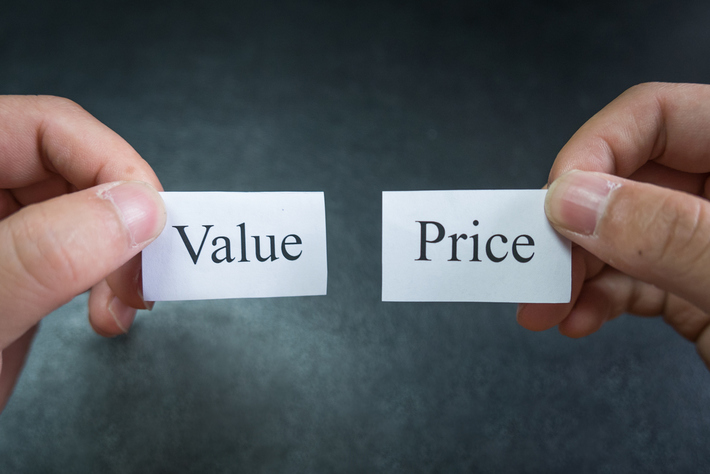 A word which some mistakenly replace with expressions of cheap, cost or price.

Stakeholders and charitable donors expect charities to be transparent and efficient with resources. Waste takes from the mission and reduces the effectiveness of the organization. It also undermines confidence. There are 2 ends of the financial equation where the most common and disastrous mistakes are made in charity and missionary work. We have to admit that sometimes those who are involved in charity do not always possess the skills required to efficiently run a business or an efficient operation - and with technology and methodology changing continually, we can't always expect everyone to keep abreast of all possible value outcomes.

'John' was a missionary involved in scripture translation work. As part of that process, regular travel to a remote area was required by land, boat and aircraft. All 3 routes were regularly serviced by individuals and another charity which had it's own additional commitments. After initial contact and the project starting the route was travelled on a regular basis. Costs were not discussed but at some point the other individuals and charities needed additional space on the boat and aircraft for other reasons. At this point we see a transportation block as 'John' couldn't always find the spare seat for the journey and translation work slowed dramatically. The charity that 'John' was working for were offered a satellite phone for $900 and running costs of $1.30 per minute for calls and $0.30 per text with email data costs comparable to text. After several days, the administration at the charity had a discussion and they decided that the satellite phone was not 'cheap enough' and decided against the purchase. The charity continued on the same inefficient path and it took years to complete only 1/66th of the project they intended to complete. Some of you will identify the meaning of only 1/66th with clarity.

So now lets look at value in the above scenario. The fuel required for this journey from the Land and Boat journeys totalled 10 US Gallons divided by 4 (the share of fuel v seat available - or 1/4 of the cost). So 2.5 US Gallons of fuel - $7.50. The same 1 out of 4 seats was required for the aircraft and costs here were estimated at the time were $480, again divided by 4 for his share (1 seat), meaning an estimated $120 for the air part of the journey. Without any costing of maintenance or depreciation the fuel costs alone were $127.50 which ideally needed to be completed every week. In a year the fuel costs alone were $6,630. Once initial contact was established for this project the same results for Bible translation could have been achieved by a weekly email from the satellite phone (or smartphone via satellite hotspot) for somewhere between $0.30 and $1. At the worst it would cost $100 per year for email voice clips for remote translations. You will have noticed that I have not included Purchase Price, Maintenance or Depreciation in the above scenario. Which only highlights even more, the point made. The single book of the Bible that has now been translated in the above scenario has cost $33,150 in transport costs (not including printing) instead of $500 in technology running costs.

'Sue' was an administrative officer at a charity and part of her job was to conduct audits of inventory and stock, also checking on the safety and whereabouts of the team. The time spent on these weekly tasks mentioned was around 6 hours as she couldn't always get hold of team members due to poor mobile phone  / cellphone signal in the country. She also used a tick list to mark inventory and discrepancies. There were always several discrepancies noticed weekly due to probable theft of assets from local people who were 'helping out'. The charity allocated $20 per hour for 'Sue' due to her high skill set and multitasking ability. So in total the charity spent $120 a week on audit and welfare checks with a further $30 a week being lost through theft. $150 a week total. A high security steel shutter to the office and high quality padlock totalled $380. The use of a welfare and emergency communication app with geo mapping for the team cost $20 per week. 'Sue' then had the ability to check the status of the team from a glance at her computer screen and the thefts stopped. The charity of course was then saving $130 a week in long term running costs having paid for the initial expenditure in just 2.5 weeks. The charity originally was spending $150 to save $30 and welfare checks and achieving nothing for their effort and expenditure.

Insert your own scenario...

As a company that specializes in communications, security and technology solutions we value business but we would rather impart knowledge to charities to improve their own running costs simply by applying financial common sense especially with regards waste and the hidden costs.

If you have any questions you can email me on info@shepherdgroup.biz and I'll offer you free advice where needed. If you'd like to discuss the purchase of products or services to solve your problems and increase your efficiency then let me know.

You need to be a member of oscaractive to add comments!

This reply was deleted.